The snow is starting to melt and the blooms are beginning to fade... seasons change and each one carries its own beauty to be appreciated. I am so thankful for the reminder today that in every season of life there is something to be thankful for. #amaryllis #flowerphotography #bloom #seasons #gratitude #homesweethome #winter #flowers #countryliving #cardinal #birdphotography

Illinois is cold in January.  This warm weather gal has to down several cups of steaming hot coffee before braving the elements.  How foolish would it be of me to walk outside in shorts and flip-flops on a single digit morning?

You’d say, “That girl is two cents shy of a dime!”, an idiom that means I must be short on common sense if I were to do something like that.

Proverbs 26 is not technically about wisdom, but is instead a list of what it looks like if you were to go in the opposite direction.  Take a look at chapter 26.  It reminds me of another idiom we use to speak of something that is going the wrong way in rapid succession:  “Headed south quickly.”  Not a phrase I want my life to be characterized by.

The Bible has some severe phrases for the one who chooses foolishness:

“A whip for the horse, a bridle for the donkey, and a rod for the backs of fools.”  Proverbs 26:3

While this chapter is not an easy, encouraging, or uplifting one–it is valuable.  Sometimes we learn the most valuable lesson by seeing what we don’t want to become.

“Don’t answer a fool according to his foolishness, or you’ll be like him yourself.”  Proverbs 26:4

While all of us have the human tendency to be silly or even foolish at times, doing things without thinking, the warning here is much more serious.  These verses carry the implication that when we ignore wisdom we “head south quickly” into being characterized as a slacker, meddler, gossip, liar and flatterer who is deceitful, quarrelsome and hateful.  Woah!  What an ugly list that is, and for me is a warning that putting even one bare foot onto the ice can set you up for so much more than frost-bite!  If we think that we can tiptoe through the danger without slipping on the icy path, we are more than two cents short–we are headed for poverty.

“The one who digs a pit will fall into it, and whoever rolls a stone–it will come back on it.”  Proverbs 26:27

Since I seem to be stuck on idioms today, here’s another one:  “You’ve made your bed, now you will have to lie in it.”

The good news of this incredible book called The Bible is, that we all have choices and those choices have consequences–for good or for bad.  God’s Word tells us that we are all “dead in our trespasses” but that Jesus came to pay the penalty, or consequence for our sin.  We don’t have to lie in it.  We can confess our sin, or rebellion against a Holy God, and commit our lives to following His plan.  Wisdom says, “I need God”.  Foolishness says, “I am wise in my own eyes”. 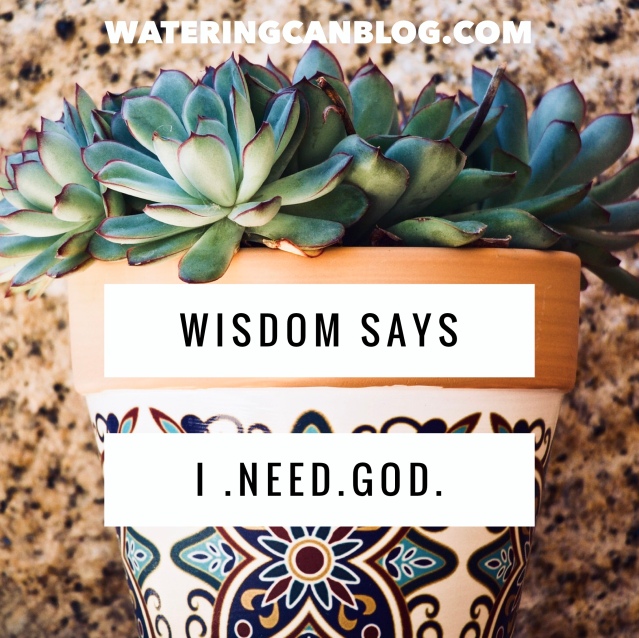 Though this chapter seems negative and hard to process, hope comes from seeing that the polar opposite of foolishness is wisdom–and wisdom is realized when we place our faith in the source of wisdom–God eternal, the only wise God.

“Now to Him who has power to strengthen you according to my gospel and the proclamation about Jesus Christ, according to the revelation of the mystery kept silent for long ages but now revealed and made known through the prophetic Scriptures, according to the command of the eternal God to advance the obedience of faith among all nations—  to the only wise God, through Jesus Christ—to Him be the glory forever! Amen.”  Romans 16: 25-27

We also looked at foolishness on Day #18 in this 31 Days of Proverbs–you can check it out here:  Listening to Wisdom